Over the years, some of the shrubs started dying. They weren’t evenly sized.Plus, it made the single lane driveway feel even smaller than it already is. I knew they had to go. 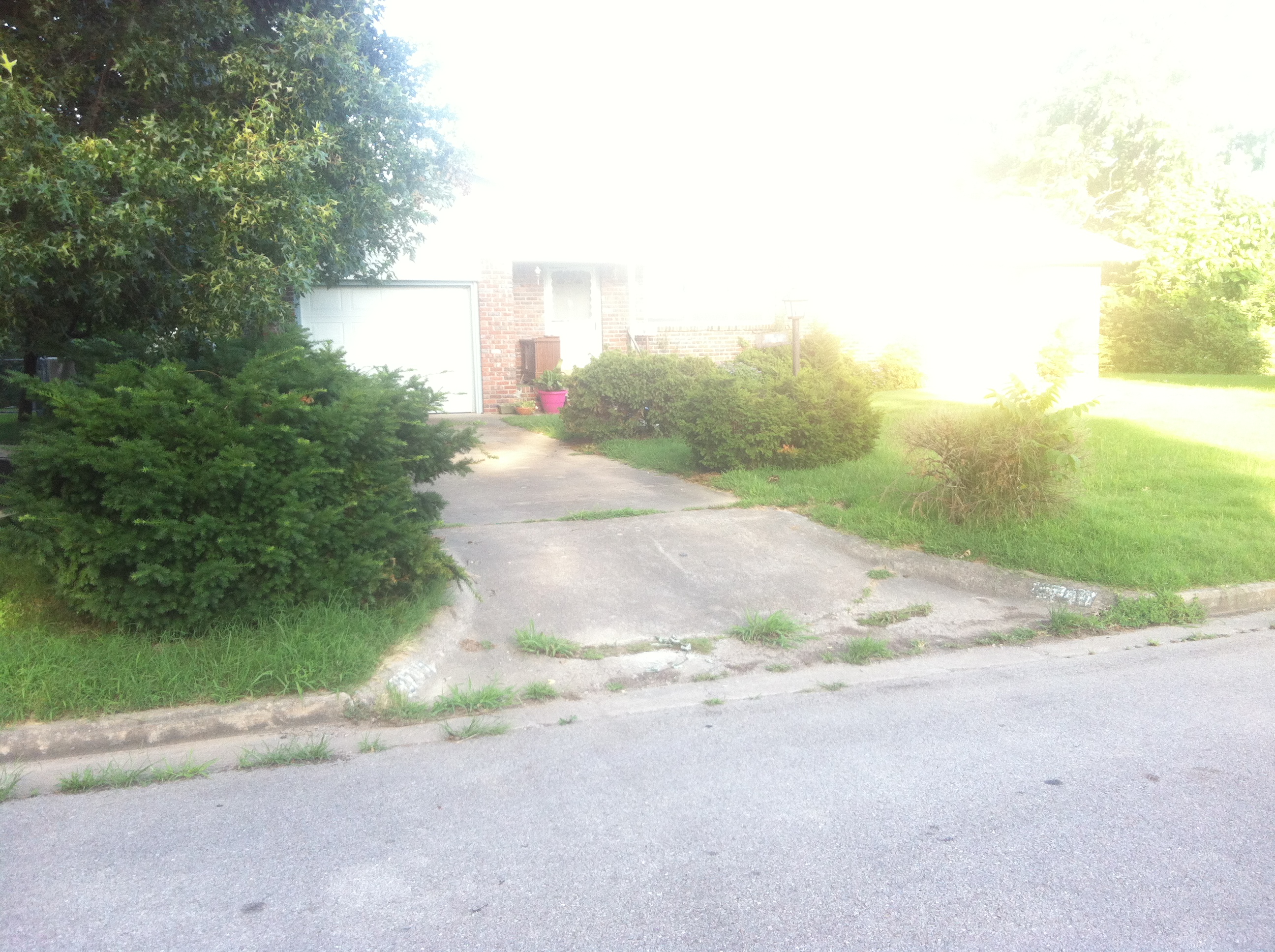 There were six total shrubs- three on each side. The root system on each is extensive, so it wasn’t going to be an easy removal. So I ended up hiring my lawn guys to chainsaw them down to the root. My project this spring is to remove that root base.

Between the painted exterior and removal of the shrubs, the place looks so much better!

After the shrubs were removed, it left a lot of turned soil and dead patches. The grass has since grown in, and I will be planting grass seed this spring.

In addition to the large shrubs, my lawn guys trimmed several overgrown trees. Immediately after closing, my insurance company did a review of the property, and part of that review was requiring my trees to be trimmed. 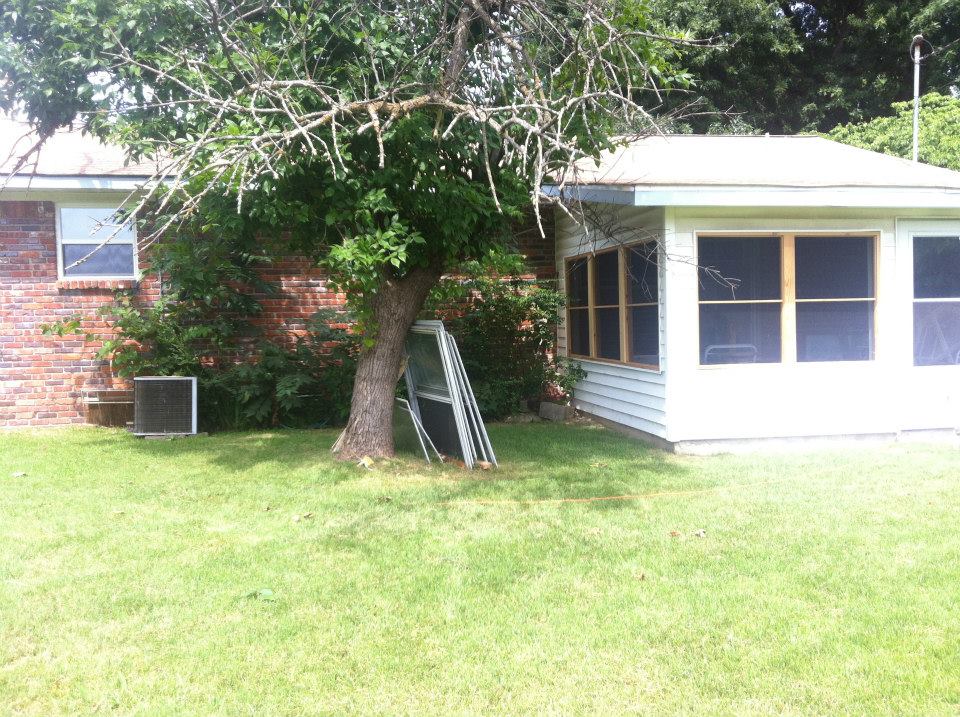 This one particular tree in back was one that was required to be trimmed. Part was dead, but the other part was growing like crazy. They trimmed the dead parts and shaped up the growth.

This large corner tree has been through so much, and it’s still living. Ice storms, lightning strikes, climbing grandkids…and it’s still alive. It badly needed some shaping, though.

This tree was not only one my insurance required to be trimmed, but it provided too much shadow. It was overgrown. It hung over the roof. It just didn’t look good.

I haven’t taken “after” pics from the tree trimming. I’m getting worse at doing that because my list of projects is never-ending, and I’m so preoccupied with getting to the next task. Once spring arrives, my efforts are really going to focus on the exterior. There are virtually no flower beds, the yard needs seeded, I’m wanting to add some flower boxes, add mulch, create a garden, and 491 more things!

🔑They say the key to successful real estate inv